What’s the leading cause of death in men? The answer has been the same for the last 40 years, cardiovascular disease.

Read on to learn what you can do to stay healthy and prevent heart disease in your own body.

Additionally, testosterone puts men at a higher risk of developing cardiovascular disease than women. Researchers believe this is due to the effect testosterone has on cholesterol levels. [1].

Beyond critical lifestyle choices related to diet and exercise, there are a number of supplements you can take to strengthen your cardiovascular system and reduce the chances of developing cardiovascular disease. 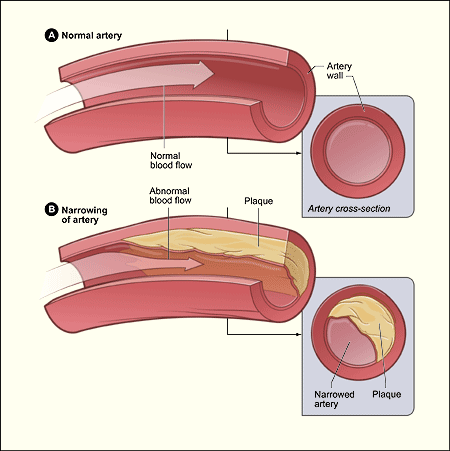 When LDL levels are high, it’s a good indicator that there is inflammation and damage in the cardiovascular system. The body builds cholesterol in the liver, and then sends it around the body using LDL to patch up damaged areas of blood vessels.

Over time, this can lead to the formation of plaques on the artery walls, which may eventually cause blockages of the arteries feeding the heart causing a heart attack. HDL, on the other hand, serves as a way for the body to collect cholesterol deposited in the body and returns it to the liver for processing.

At this point, the question you should be asking is:

“What causes inflammation and damage to the vascular system in the first place?”

Dysfunctional Insulin: The Driver Of Inflammation

One of the biggest causes of inflammation in the cardiovascular system is insulin, though not directly.

Insulin is an important hormone that shuttles blood sugars into the cells where it’s converted into energy.

When we eat  large meals, or meals with a lot of sugary or starchy foods, it forces insulin levels to spike. This happens so that the body can maintain a very particular blood sugar level– 4.0 to 5.4 mmol/L. Any less and we don’t have the energy to thrive, any more and it starts to cause damage and inflammation.

The body uses as much of this sugar as it needs and stores the rest as fat. If we don’t exercise enough, our demand for sugar is lower, causing there to be more excess which is stored as fat.

When insulin spikes too much, the body will eventually stop listening to it; also known as insulin resistance. This is when problems start to happen. We are no longer able to effectively control our blood sugar levels.

Ultimately, this inflammation brought on by dysfunctional blood sugar balance causes changes in cholesterol levels as the body tries to repair the damage caused to the arterial structures from high levels of insulin circulating in the blood.

In healthy individuals, HDL cholesterol will be on the higher end of the range, while LDL will be lower.

Since we know that LDL is used to patch up damaged areas of the cardiovascular system, the best way to lower it is to prevent this damage from occurring in the first place.

One of the most common causes of damage in the cardiovascular system is the presence of oxidative free radicals. We get these form our environment, our food, and as waste products from our cells.

Other causes of damage include nutrient deficiencies and dysfunctional fat metabolism.

While lifestyle modification is the primary lever in improving your health, you may also significantly benefit by including one or more of the following herbs in your daily supplement regimen. 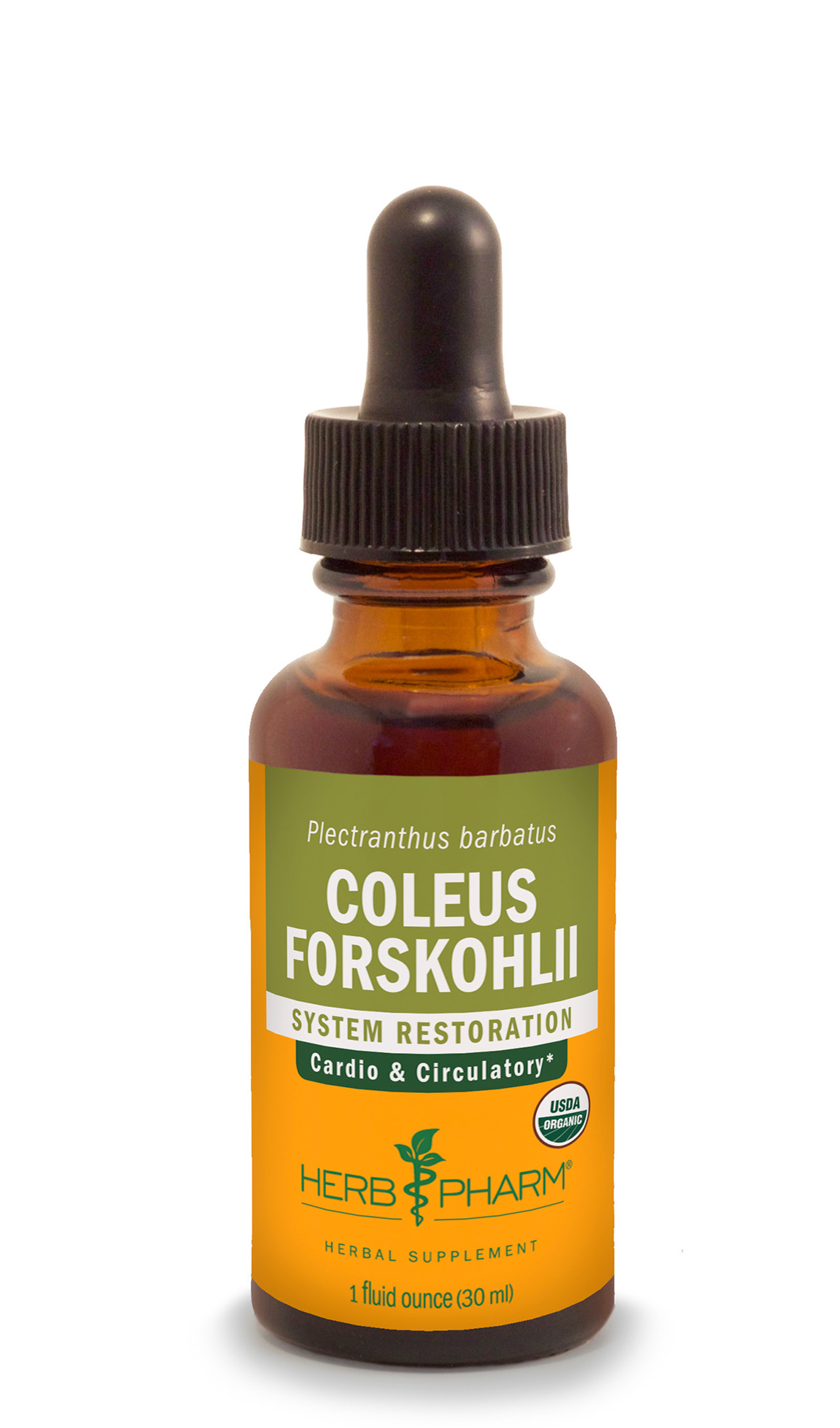 Coleus is a small herb, commonly used in gardens for its vibrant colored leaves.

It offers several distinct benefits for the cardiovascular system, especially on blood pressure. It works by inhibiting a molecule known as cyclic AMP (cAMP) which is involved in blood pressure regulation, heart contractility, and the formation of blood clots.

Key benefits of coleus on the heart:

Coleus is an excellent daily health supplement for aging men who want to bring their blood pressure closer to normal range and reduce the chances of developing serious cardiovascular disease later in life. 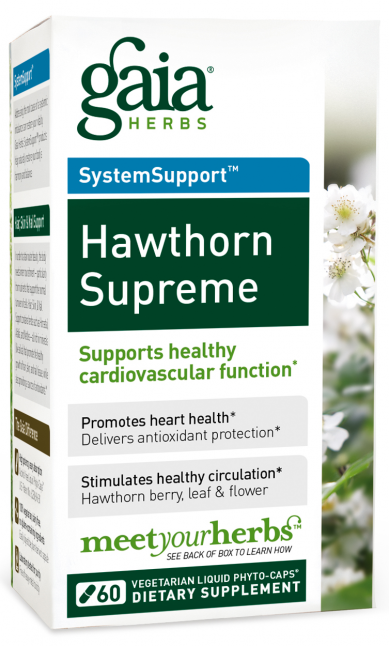 Ask any herbalist what the best herb for the cardiovascular system is and they will likely say  hawthorn. It’s a small, thorny tree often used in parks and residential landscaping.

There are now hundreds of different scientific studies, ranging from cell culture studies, to animal research all the way up to phase 3 clinical trials that support the use of this herb for cardiovascular disease.  Many of these studies have shown its benefit as both a preventative, and a treatment option for cardiovascular conditions like high blood pressure, coronary artery disease/angina, and high cholesterol.

One thought is that hawthorn benefits the cardiovascular system by making the blood more ‘slippery’ thus preventing it from getting stuck vascular branches and junctions where plaques tend to accumulate.

A large meta-analysis investigated 14 different clinical trials, involving 844 patients, found that patients suffering from cardiovascular disease who were treated with hawthorn extracts had a significant improvement in cardiovascular function overall [10].

This was later confirmed by a large clinical trial done in 2008 involving 2681 patients. The study found that patients treated with hawthorn extract had a 39.7% reduction in cardiac death after 2 years compared to the placebo control group [9]. 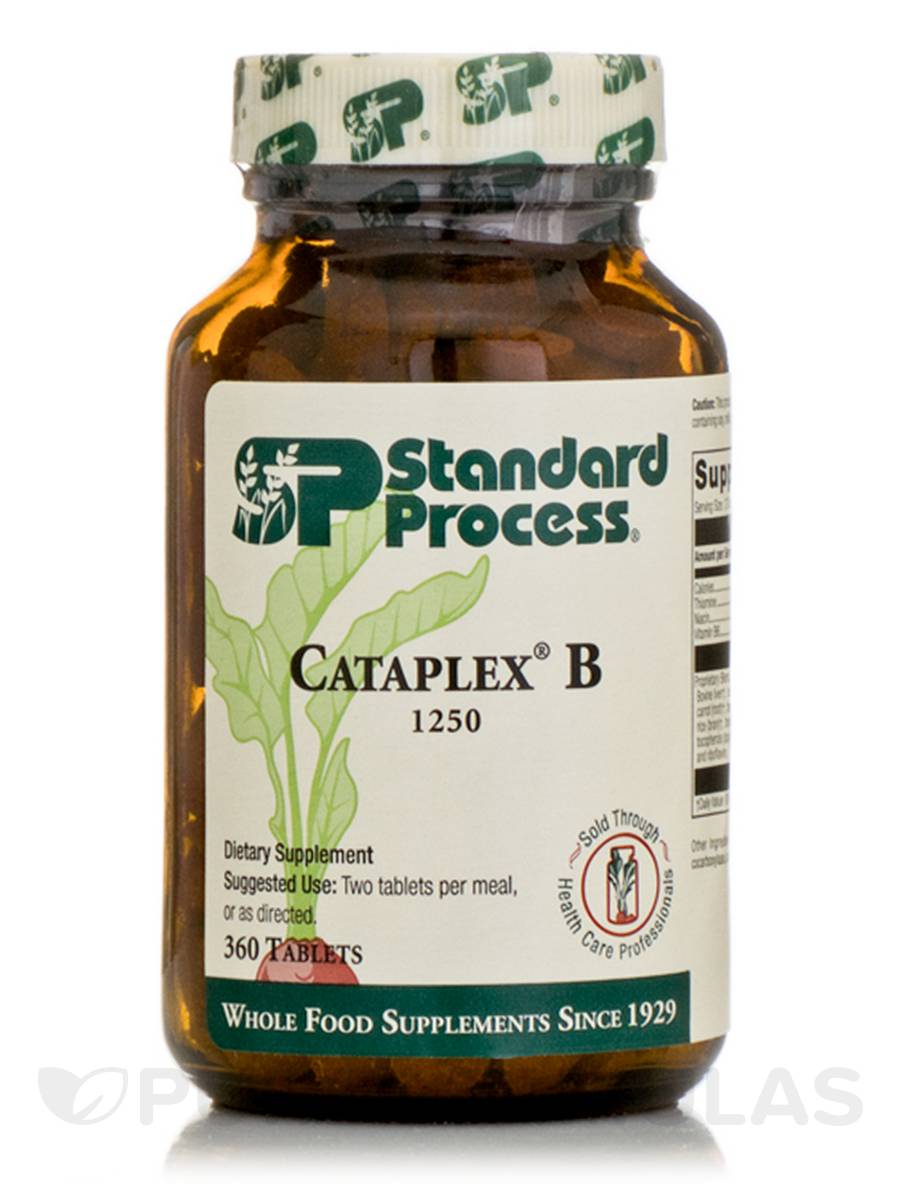 One of the major causes of cardiovascular disease is high-levels of an amino acid called homocysteine.

Most of the processes in our body go through cycles. Compounds are created, exert their effects, and are then either recycled or eliminated from the body.

Sometimes, these cycles become dysfunctional, and compounds are created effectively, but aren’t recycled or eliminated properly. One of the most common examples of this is homocysteine. High homocysteine levels in men result in a significant increase in cardiovascular risk.

This is a complex problem, with a simple solution; vitamins B9 (folate) and B12 (cobalamin).

Most B vitamins are used as drivers for chemical cycles in the body. They act as the factory workers on an assembly line building and breaking down various compounds. Homocysteine relies on vitamins B9 and B12 to be broken down and recycled.

B vitamins have a number of other important uses in the body, including:

Due to the direct benefits B vitamins (especially folate and B12) have on the body, all men can benefit from a good daily B vitamin complex. 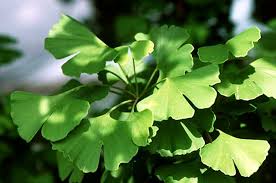 Ginkgo biloba is one of the oldest plant species on earth. It’s the last remaining member of its family, which is presumed to have existed as far back as 270 million years ago. It’s also known for its remarkably long lifespan, which has lead to its traditional use for promoting longevity.

Ginkgo is used to boost cardiovascular health. It’s been shown to prevent oxidative damage to the blood vessels, improve blood flow to the heart, and reduce the formation of blood clots [10]. Ginkgo also promotes blood flow to the periphery, including the hands, feet, and brain.

Ginkgo is a useful preventative treatment in men who have heightened blood pressure, but are not taking pharmaceutical blood thinners (such as Warfarin). It’s also useful for boosting libido and memory for men as they grow older. 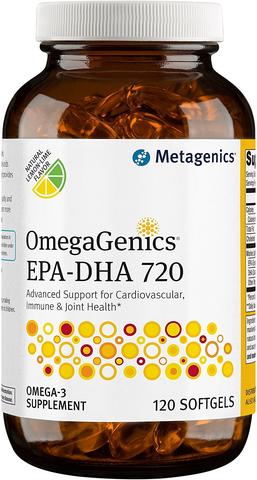 Main benefits: Prevents hardening of the arteries, and lowers inflammation

There are 2 main forms of essential fatty acids; omega 6 and omega 3 fatty acids.

These fatty acids are essential because the body doesn’t have the ability to make them itself. Therefore it needs to be obtained from the diet.

Although both omega 3 and omega 6 fatty acids are crucial for human life, and play a role in numerous processes, including containing inflammation.

Ideal ratios of omega 6 to omega 3 is suggested to be 1:1, however, in the modern era this number is closer to 3:1 or even as high as 10:1. This means that turning ON inflammation is much easier than turning OFF inflammation.

This is important because inflammation is one of the key drivers for cardiovascular disease, and leads to the formation of cholesterol plaques associated with heart disease.

Studies have shown that daily omega 3 fatty acid supplementation can significantly reduce the chances of developing atherosclerosis (hardening of the arteries) and heart disease [12]. 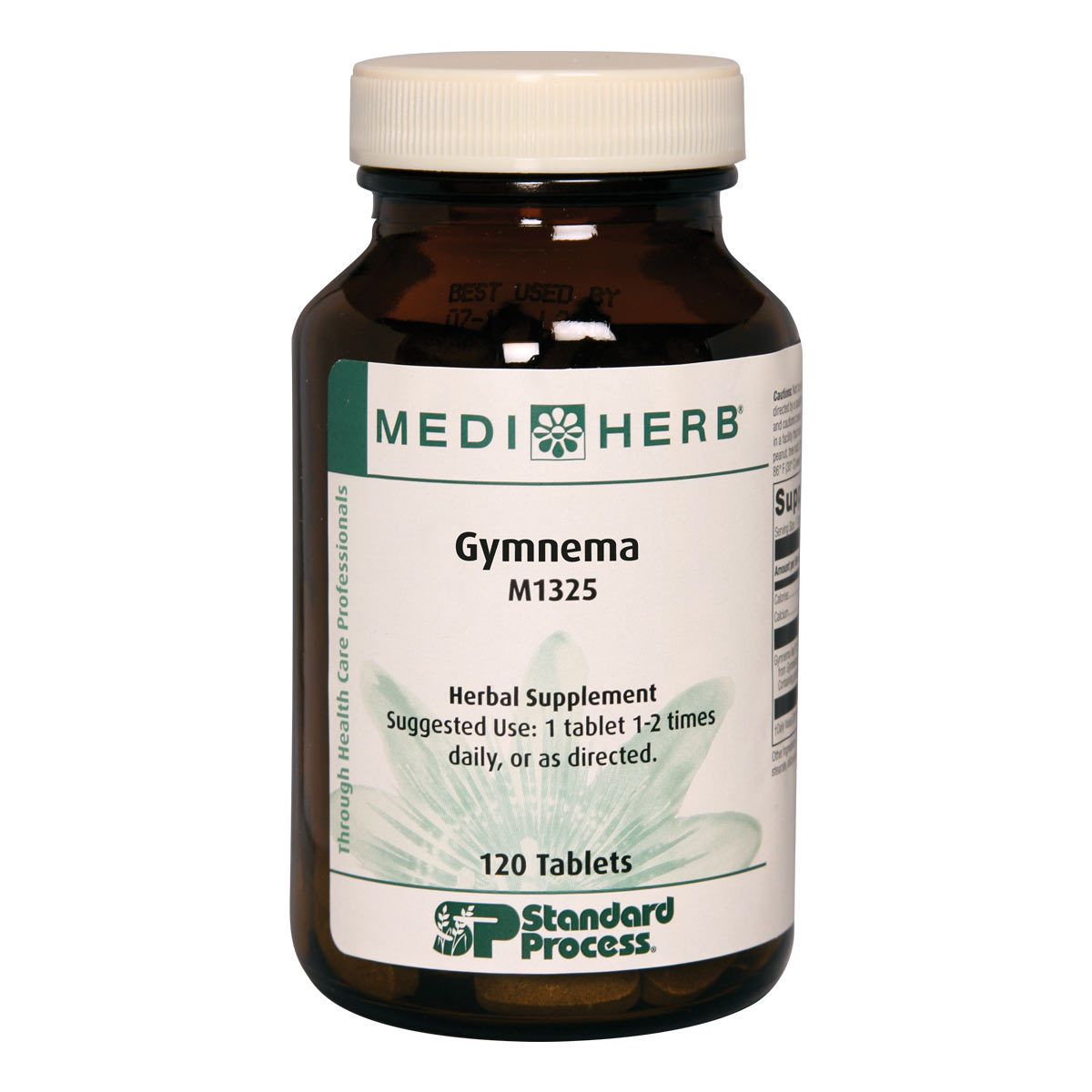 It was indicated in traditional Indian medicine for “sweet urine”. This comes from an old method of testing for diabetes by tasting the urine of patients. If it was sweet, it meant there was excess sugar in the urine. This test is still valid today, but we have much better (and cleaner) methods of measuring sugar metabolism now, such as blood testing.

Gymnema lowers blood sugar levels, and therefore the damage it causes to the cardiovascular system through a number of different ways:

One study looking at the effects of blood sugar regulating herbs and nutrients found that Gymnema was able to significantly lower cholesterol in rats fed a high sugar and starch diet [13].

As the herbal “king of sugar”, Gymnema is perhaps the best herb available for protecting the body from the damaging effects of high blood sugar and dysfunctional insulin.

It’s effects carry over to other key areas of health including cholesterol levels, inflammation, and cardiovascular health.

Cardiovascular disease remains the leading cause of death in males, for over 40 years running.

Using herbs and supplements that combat the negative effects leading to cardiovascular disease can go a long way in keeping you fit and healthy, fending off heart disease into your eighties and nineties.

A Guide To Mens Health Supplements Part 2: Stress
Acupuncture can put you in a better mood

Ted is a gifted healer / acupuncturist / therapist as he works his process through his consultation to find what it is that is causing the body to hurt or become unbalanced. I give him all those titles as that’s what I experienced. Holistic Healer!! I give him a gold star as he also cares deeply about helping others… And spends the time finding out the issues that bring U to him which is rare today in a doctor’s office. I woke up this am feeling light & pain free!!! I went in with migraines & a … END_OF_DOCUMENT_TOKEN_TO_BE_REPLACED